Are you a fan of Merchant/Ivory films? Do you like the idea of naive travelers in exotic lands? Has the existential meaning of life escaped you? If you answered yes to any of these questions this film might be up your alley. You may notice however, that I did not ask if you were a fan of Bill Murray. The reason I skipped that is simple, fans of Bill Murray’s will be disappointed in this movie and wondering where the snark is. Although he co-wrote the screenplay and does add a bit of his sensibility to the character, this is ultimately a misfire because his character is passive, introverted and disillusioned with life, which are all things that Bill Murray characters usually are not. 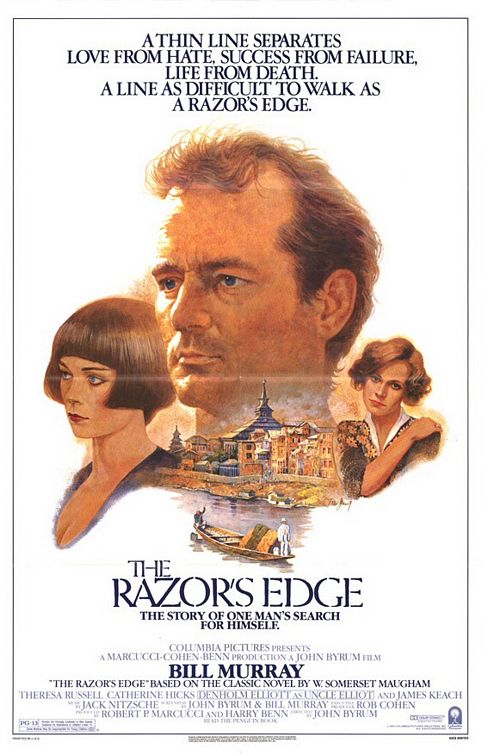 This is a remake of the same novel that was done by Tyrone Power in 1946. I don’t think I’ve ever seen that film but I suspect it would be a little more meaningful if the “Lost Generation” was part of your audience. A contemporary version of the story might have featured soldiers with PTSD, and their alienation from the country that they served in combat. The good times of the roaring twenties and the fall that accompanied the Great Depression set up a context that most audiences were not able to identify with in 1984.

END_OF_DOCUMENT_TOKEN_TO_BE_REPLACED

H.B. Walsh is a Science Fiction and Fantasy novelist, focusing on dystopian and supernatural landscapes. She is the author of "The Prophecy" series.