If ever a movie did not need a sequel, it would be Stanley Kubrick’s masterpiece 2001: A Space Odyssey. This was a film that made intellectual discussion of movies a topic for everyone. So many people had to ask “What the Hell?” that most of us felt compelled to try to answer, and many of us disagreed on the answers. Science Fiction author Arthur C. Clarke, who co-wrote the script with Kubrick, based on a short story he had written, decided that he was not done with big questions and wrote three sequel novels. The first of these was turned into a film sixteen years after the original classic. 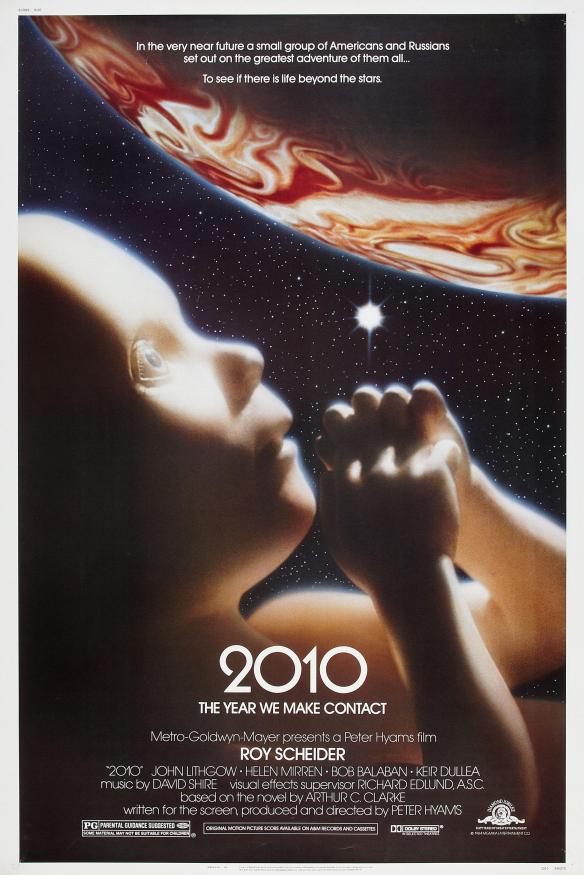 This movie is more closely set in 1984 than in the future [now past 2010]. A new trip to Jupiter is planned in order to investigate the events of the previous expedition and cope with some strange phenomena occurring on the nearby moons of Jupiter Io and Europa. The Soviets are in control of the most ready spaceship and the Americans are tagging along. Hey, this may be the one thing that these films got absolutely right. In 2015, we are hitch hiking our way to the International Space Station, which we built, aboard Russian launch vehicles because we have no replacement for the Space Shuttle. END_OF_DOCUMENT_TOKEN_TO_BE_REPLACED

H.B. Walsh is a Science Fiction and Fantasy novelist, focusing on dystopian and supernatural landscapes. She is the author of "The Prophecy" series.

Mr Rumsey's Film Related Musings
Did You See That One?
The Sporadic Chronicles
Loading Comments...