I re-watched this after ordering a DVD from Amazon. I have not seen it since the first time 30 years ago today. I now see why.  It is not a bad film, it just isn’t very good and the jokes change tone all over the place. There are times that the story means to be sadly knowing, and other times when it is absurdly over the top. Even when the jokes seem to be overdone, the actors are playing it so low key that it is hard to get into the spirit of the film.

Steve Martin broke out as a comedy presence on SNL and in the concert arenas of the late seventies.  His first starring movie was “The Jerk” which was clearly ridiculous but also incredibly funny. It was also a huge success. In fact throughout the 1980s Martin was a critical and financial success. The one film of his that did not seem to catch on was this one. It had the smallest box office of any of his movies at the time and of all the films he has appeared in, it is near the bottom when it comes to ticket sales. Of course box office does not equal quality but the inverse is not automatically true either. So this is a small film that appears to have been lost over time, and it is not really missed. END_OF_DOCUMENT_TOKEN_TO_BE_REPLACED

Starting off my list of films from 1984 is this Woody Allen comedy that has a lot of resonance for me because of some personal history. I never lived in New York, and I only know the Catskills from movies and TV shows over the years, but the theatrical world of variety acts and agents is something I do have familiarity with. The opening of t

his movie, with a set of comics eating at the Carnegie Deli and telling stories to each other rings incredibly true. I spent plenty of time waiting on my Dad as he traded anecdotes with other performers in a bar, restaurant,  or magic shop. They all enjoy a funny story and they all want to one up the last story. They get caught up in the tales and pay little attention to anyone else while they are engaged. This set up rings true and although the story is a little over the top, it sounds exactly like something that could happen to show biz types without much embellishment. The ethnic stereotypes and New York setting aside, this could easily be a story my father could have told or heard someone else tell. END_OF_DOCUMENT_TOKEN_TO_BE_REPLACED 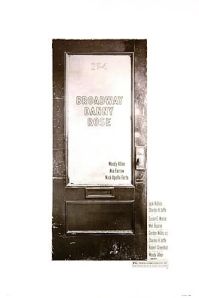 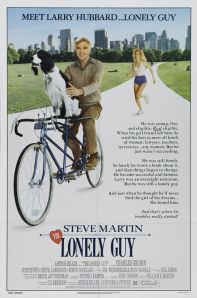 January has always been a slow month for new films. In 1984 there were only two films that opened in the first month of the year that I bothered to see. Of course they feature two well known comedic actors so I was happy to ultimately see them. I don’t have the original list that I made during the year so I can’t say for sure what the dates were that I saw any of the films this year. What I have chosen to do is post the reviews and history lessons on the dates the movies opened. I will try to re-watch each film and I will also share the format that I re-watched in. I have DVDs, Blu-Rays, Laserdiscs, even some VHS. I also have access to films thru DISH Network, and I will do some on-line streaming as well. Some of these, I may even watch on You Tube. If the film has not been taken down by Movieclips, I am assuming that the studio is OK with it being available.

I’ve done the post for Broadway Danny Rose and it will go up next week, I watched it broken up in sections on You Tube, so if you are a pirate hunter out there, maybe you should set sail for that port in order to capture some thieves on the high seas of the internet. I am looking for a format for The Lonely Guy, as of the moment I have not been able to watch but I will get something up next week also.

Please share any posts that you enjoyed with your friends and if you have suggestions on things you would like to have added to the posts, such as historical contexts of the times, polls, music media or something else, let me know and I will try to make the posts reflect the things you find interesting about the movies of 1984 as well. I hope this will be fun, check the list on the other page to see what is coming up.