Completing the trifecta of “Save the Farm” movies of 1984 is this Mark Rydell film starring Mel Gibson and Sissy Spacek. Like Country, the Jessica Lange starring film earlier in the project, “The River” was set in contemporary times and featured a story about the economic hardships faced by family farmers. The 1980s were a crises point for middle level farmers in the U.S., a combination of easy credit in the 1970s combined with expanding markets had encouraged heavy borrowing. The good times however could not last. The Farm Crisis became a political hot potato and the policies of the Reagan Administration to address it were seen as harsh,and the farmers make effective political hay out of those solutions. While there are elements of the debt issue included in this film, most of the hardship the family in this story endures is a result of natural and man made water issues. 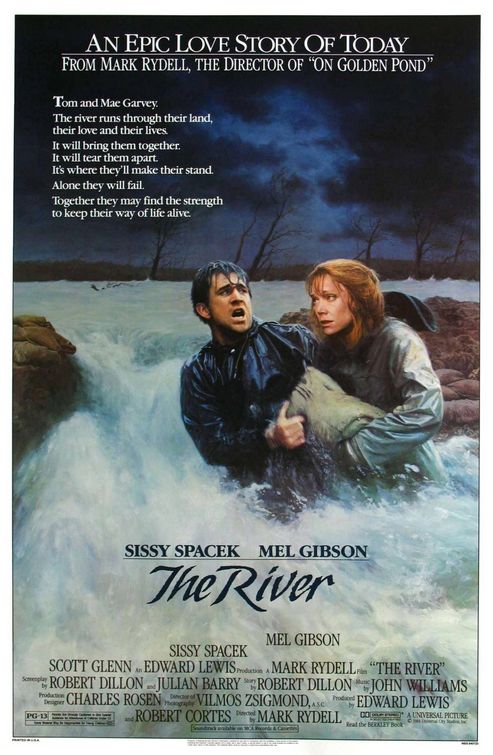 The film is book-ended with two dramatic moments where the Garvey family farm is being flooded. At one point, evil corporate type Scott Glenn says that sooner or later the River is going to get them. He may be right but the inspiration behind this story is that the farmers will continue to struggle for the life that they see as their legacy. The river however is only one of the many challenges the family in this story faces.